The Purdue Filipino Association (PFA) would have held its 7th Philippine Culture Night at Loeb Playhouse this weekend, April 18th, if it were not for Purdue’s main campus closing due to COVID-19. If all the cast and crew were still able to be together on campus, we would have been holding our first night of tech week and making final preparations for the show today.

While we were all heartbroken from the loss of performing our PCN to the public, we ultimately chose to somehow perform our show, Hanapin, for the members of our club and our cast and crew for the first and last time amidst that last week before everyone left campus indefinitely.

PFA prides itself in having a show like no other’s in MAFA, and because this is the biggest event PFA holds, it means so much to not only the three of us [AJ, Katelynn, and Mark] as directors, but also to the rest of our board and general members. We all thoroughly love being able to share our culture with our families, friends, and to all the students and faculty at Purdue, and putting on this show that provided opportunities for our members to bond with each other and pursue various passions such as dancing, acting, designing, and more.

For the directors, we had the honor as seniors to be able to direct this show, and we were so excited to have this opportunity to have one last chance to put on an amazing show and to create a fulfilling experience for our members. By this time, we would have been stressed, exhausted, and at our wits’ ends. Being a director is like having a part-time job — there's always something that needs to get done or managed. From getting the committee heads and choreographers set up, the script written, choreography down, and all the logistical stuff in between, we had our hands full. There were definitely times where things were incredibly difficult and we wanted to walk away, but we always knew to push through as we knew it would all be worth it at the end. The three of us are a team, and we got through all the ups and downs together.

However, it wasn't just us working on this show. Our board members, committee heads, and choreographers put an incredible amount of work into the show and leading the cast and crew. It broke our hearts to see how disappointed they were when our show was canceled, but ultimately we were so proud of how much they accomplished and had grown in their positions.

When the COVID-19 situation grew worse, we tried to come up with a plan to keep things going. At first, we thought if campus was closed for only 2 weeks like originally planned, we could still manage to finish the show with the time lost. Soon after, Purdue announced all university-sponsored events were to be canceled on Tuesday afternoon. What did that mean for our show? We no longer had a venue. Desperately, we then tried looking into other options in town, hoping to still somehow hold a show. With the university encouraging people in dorms to go home and cast members themselves unsure if they would return after spring break, we knew there was nothing more we could do. For the safety of everyone, we officially canceled PCN on the Wednesday night before Spring Break.

Our members were crushed, and they still wanted perform. At the last minute, it was decided to hold PCN on Thursday night for the members, 2 to 3 days before almost everyone fled campus. The members who have been working so hard learning choreography, designing, planning logistics, and memorizing their lines, deserved to show off all their hard work. This run of the show wasn't open to the public and wasn't advertised. It was for PFA and for the cast of PCN. This was the time to show everyone what they’d been working on and to get some closure after losing something so close to our hearts. That Wednesday night, PCN went from being next month to tomorrow.

Thursday night came, and everyone gathered in an open classroom that we booked last minute. We might have not been in Loeb Playhouse, but we wanted to give the members the experience as if it were April 18th. We did everything we would have done during tech week and show day. We said our monologues, yelled, “CHOO CHOO PURDUE” so loud that the whole building knew PFA was there, welcomed our audience, and started the show with the national anthems.

We ran through the whole show, from top to bottom. Every act and every dance was done, no matter how rough it was. The first rehearsal of our tech week is notorious for being super unorganized and hectic, but this was the smoothest FIRST, FULL CAST run of the show that we had ever seen. It was amazing to see everyone laughing, hyping each other up, and performing together. Though we didn't have our big show, this show that we held in a random classroom in late on a Thursday night, was so meaningful for everyone, and the spirit of PCN was undoubtedly there.

Our show is called Hanapin, which means, “to search for,” and we always encouraged our members to participate in PCN to find a new way to grow themselves. PCN means so much to us because it isn't just about putting on a show. It's about trying something new, making memories, creating friendships, and overcoming challenges, even if it brings some tears. It's about learning, growing, and bonding over something we all care so deeply about: our culture. Performing a show about it all is just the cherry on top. In the end, hopefully everyone was able to get what they were searching for when joining PCN 2020. This truly was the greatest PCN we've had.

We'd like to acknowledge everyone involved in the show and showcase some designs and moments from this whole process.

Hanapin tells the story of two pen pals: Annabelle, a female Filipina university student in America and Jodi, a high school senior in a rural town in the Philippines. Both disillusioned and confused about their futures, they conspire to find the answers they are looking for by visiting the other's home country. Through their adventures, they discover not only what they are looking for but also themselves through the eyes of the local culture. 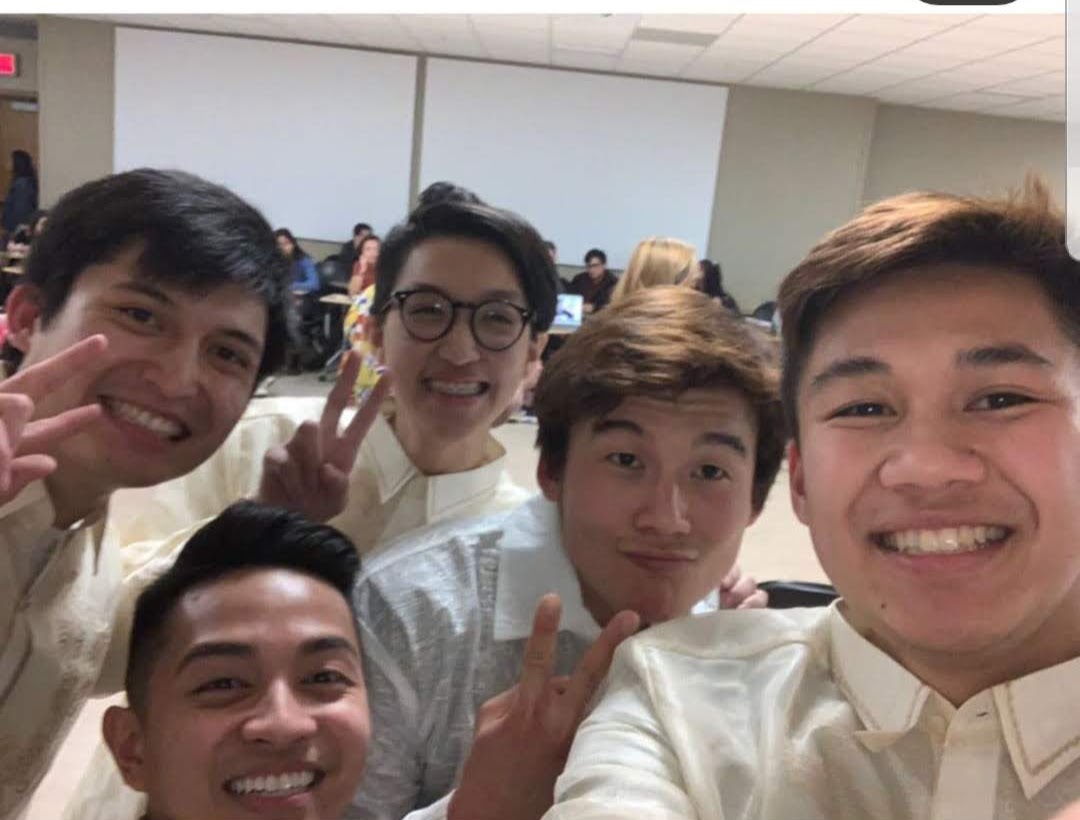 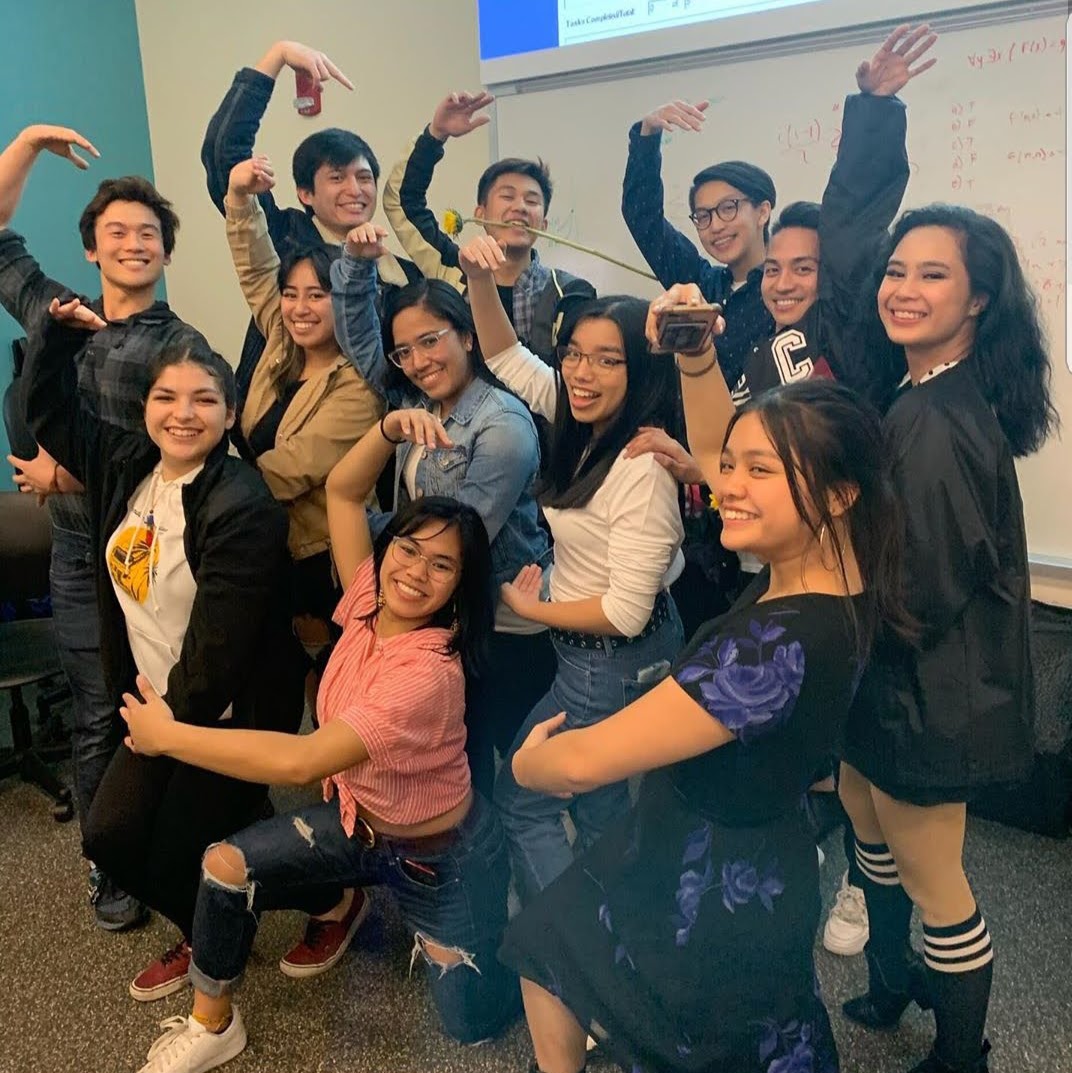